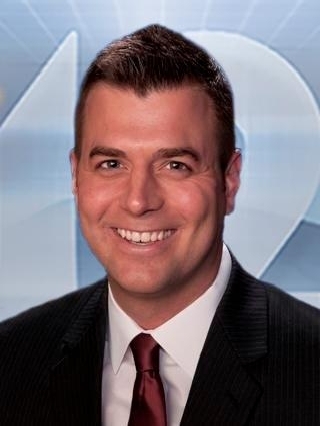 Adam Clements joined the Local 12 News team in October of 2012, and is proud to be a part of such an experienced and trusted team.

Born and raised on the East side of Cincinnati, Adam is a graduate of St. Xavier High School, and The Ohio State University, where he got his first taste of the TV news business. He served as a lead anchor, and news director of the student-run Buckeye TV News at Ohio State. Adam also had the opportunity to suit up for football practice at his alma mater, St. Xavier. He says he is still sore to this day.

Adam worked as a web video producer for Columbus Alive, an arts and entertainment newspaper, before landing a job as a sideline reporter for the Ohio News Network. There, he was also a panelist on the sports talk show, The Average Joes Sports Show.

In 2010, Adam was hired as a weekend reporter at another station in Cincinnati. Among his most memorable stories, Adam says covering the devastating Tornado of 2011 is something he'll never forget, particularly in Moscow, where the town was completely destroyed. He says he was moved by the resiliency of the residents, and their determination to rebuild after the storm.

In his free time, Adam enjoys going to Reds games, cooking, and spending time with friends and family. His favorite pastime, however, is spending time with wife Ellie, and sons, William and James. You can e-mail Adam with questions, concerns, or just to say hello.