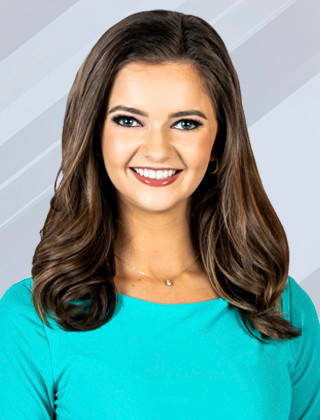 Kathryn Robinson joined the Local 12 team in February 2019 as a reporter and was named weekend morning anchor in May of 2021.

Kathryn has a passion for storytelling and meeting new people. The Kentucky native comes to Cincinnati from WSAZ in Huntington-Charleston, W.Va. She took on several roles as a multimedia journalist, anchor and producer.

During her time at WSAZ, Kathryn was named Best Reporter by the West Virginia Broadcasters Association.

Kathryn loves to explore new places. She caught the travel bug after living abroad in Spain. Kathryn also considers herself a foodie and is excited to try all the best places in Cincinnati. If you have any restaurant recommendations or if there’s a story you would like to see in your community—she would love to hear from you!"