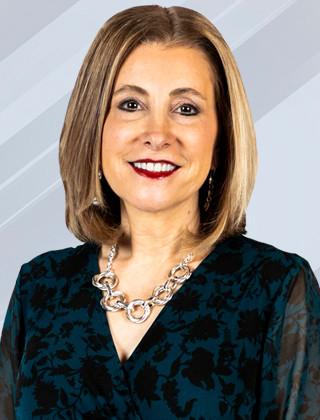 Prior to joining WKRC-TV, Paula worked at WBNS-TV and WCMH-TV, both in Columbus, Ohio, as well as television stations in Richmond, Va., Cleveland and Green Bay, Wis. Paula has used her stockbroker experience in reporting assignments for many years. She hosted a nightly business segment while working in Columbus.

Economic stories have taken her around the globe, including Bangkok. Her business mind earned her an Emmy nomination for business reporting. It is no wonder Paula is known around Local 12 as the business guru. She has also been honored for her spot news reporting. With a strong interest in health issues, she has spent many years doing medical reporting as well.

Paula was born in New York and raised in California, she graduated from California State University-Sacramento with honors and a Bachelors in Communication Studies.

When Paula is not working, she enjoys spending time with her husband, Tim, the owner of a graphic design business, and their two dogs. Both are involved in many charities, especially those that fund cures for blindness and help the visually impaired. They love spending time on and around the Ohio River and gardening. They also opened a floral shop/art gallery.